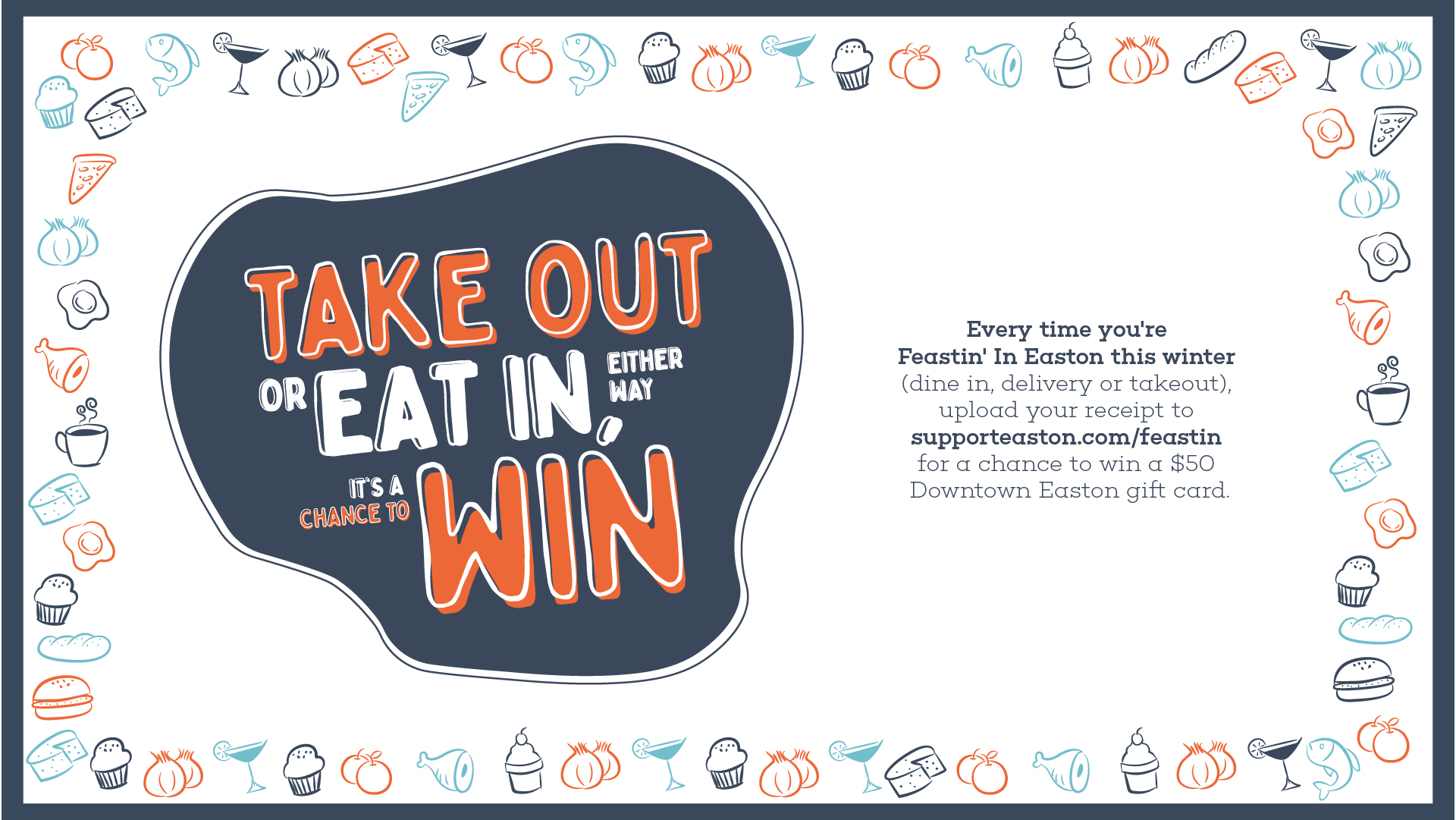 What if your next meal out came with a chance to win a prize? If you’re dining in Easton, it just might.

The nonprofit Greater Easton Development Partnership is kicking off a new campaign called Feastin’ in
Easton that will run from February-April. The goal of Feastin’ in Easton is to get people to try new restaurants in all the neighborhoods of Easton – Downtown, South Side, West Ward, College Hill and the Simon Silk Mill. After dining in or picking up
takeout now through April, customers can upload a photo of their receipt at supporteaston.com/feastin. Each receipt equals one entry. Each month during Easton Out Loud (hosted live on Facebook from 6-8 p.m. fourth Fridays), two winners will be drawn and each will receive a $50 Downtown Easton gift card.

Feastin’ in Easton comes on the heels of another complementary campaign, The New Weekend, that EMSI announced earlier this month. That campaign’s aim is to encourage dining mid-week to spread out orders from busy Friday and Saturday nights when restaurants are bound by dining restrictions and can only serve so many customers.

Customers are encouraged to visit supporteaston.com/feastin for a list of all the 80+ restaurants in Easton and where they’re located. Participants can make a game of it by saving the printable version of the list and checking off places they’ve tried.

Share your Easton food photos with us on social media with #thenewweekend and #FeastinInEaston.